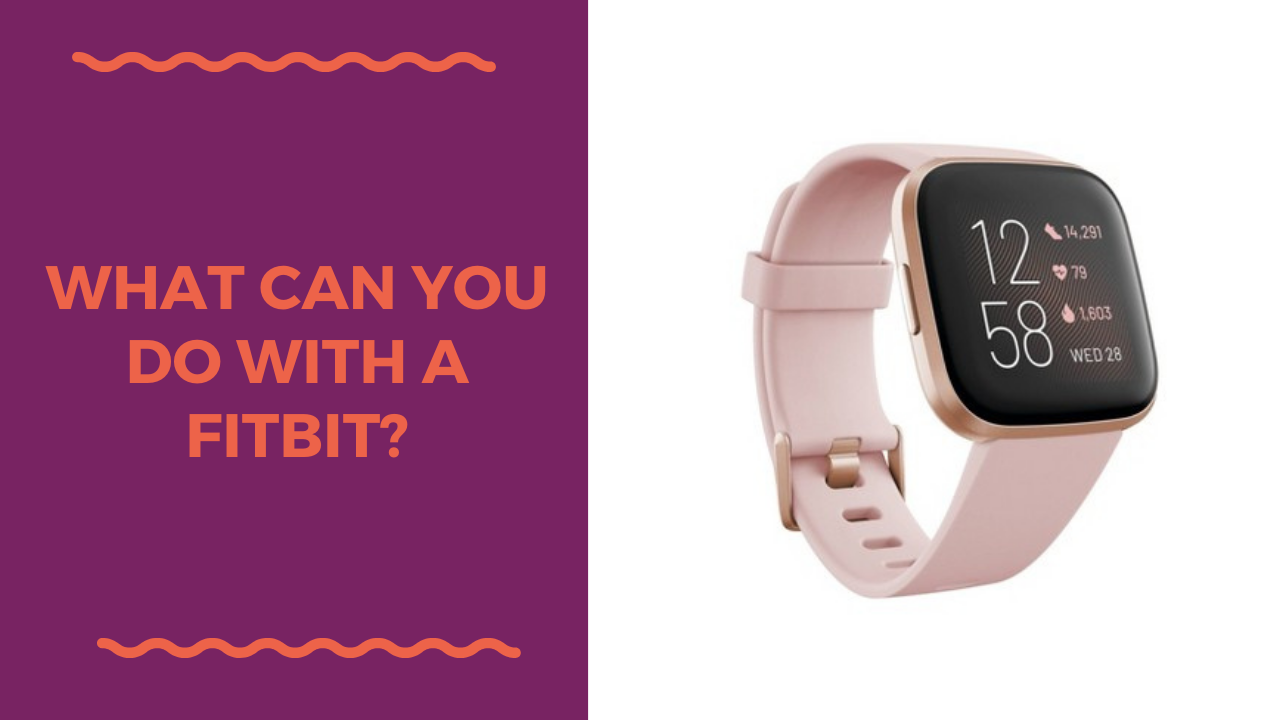 So if you want to get the most out of this popular fitness device, you’ll love the functions I’ve shared in this guide.

Gone are the days when you wore a Fitbit just to count your daily steps. These days, the device can do so much more.

So what exactly can you do with yours?

10 Interesting Things You Can Do With a Fitbit Right Now

Apart from tracking your steps and telling precisely your level of activity, a Fitbit also focuses on your heart rate when you’re busy well as when resting or sleeping.

By monitoring your heart rate, an activity watch like the Versa is able to offer a more conclusive measurement of your true health and fitness.

Granted, some people won’t be interested in these minute details. But for those that genuinely want the best way of tracking their heart’s health, this is one nice aspect of a Fitbit.

Calls and text notification is a cool function to have in an activity watch. But it isn’t available in all the Fitbit models.

For what it’s worth, at least you get the feature included in models such as the Fitbit Charge 3 and the Fitbit Versa Special Edition.

What stands out about the notification feature is what it does. At the very least, the feature fills you in on what’s going on in your social life, and that’s a good strategy to stay in touch with the things that matter the most.

You won’t miss a call or text while you’re on the go, even if you don’t carry your phone with you all the time.

Food logging is wildly popular among people who’re serious about their diet and overall health. At the end of the day, noting precisely what you eat and how much is a good way to attain your calorie target.

And the good news is?

A Fitbit fitness tracker can help you with food logging straight out of the box.

To be clear, the latest models of Fitbit activity watches include algorithms that easily estimates calories, barcode scanners, and a massive food database that easily picks up what you consume.

Then, the device uses this information to help you improve your health and fitness.

The Fitbit app is great so far. It gives you a more comprehensive analysis of the stats you on the watch, such as current heart rate, number of calories burned, and total steps taken.

A Fitbit even allows you to connect with other fitness apps so that you can have a more compelling analysis of your everyday habits.

In fact, Fitbit activity tracker are apparently compatible with over 30 apps, including Strava, Run Keeper, Fit Star Yoga, and My Fitness Pal to mention just a few.

The ability to access other apps from a Fitbit device is a good thing for certain. At least, you can benefit from the features that aren’t already in Fitbit’s system.

5. Choose the Metrics that Appear First on Your Screen

It’s possible to cycle through different metrics on your Fitbit. To do this, press the button on the side of the screen of the wristband.

Alternatively, you can swipe the touch screen.

But chances are that you may not want to see all the metrics in the first place. For instance, you might be more concerned about the number of steps you take than calories burn.

Luckily, it is possible to change the order of the appearance of different metrics on the device.

Tap your Fitbit on the dashboard and select the option of “Customize Display.”
Drag and drop the stats until they are in the perfect order you want.

Everyone wants to be fit and healthy. The problem is that staying motivated is easier said than done.

But that’s just where Fitbit challenge mode comes in. It’s a shame that many people haven’t realized this great feature yet – or so I think.

Fitbit has a massive social network with many likeminded people who you can compete with and stay motivated and accountable.

Moreover, you can challenge yourself against your friends and even have a prize for the winner. This makes using a Fitbit and its social platform a lot more fun and enjoyable.

7. Turn on MobileTrack in Case You Forget Your Fitbit

You can forget your Fitbit at home, but this doesn’t mean you cannot use it for tracking.

Let me give you a scenario:

Let’s say you took your Fitbit model off your wrist, docked it at a charging station, and forgot to wear it before heading out.

In such a case, you can turn your phone into a tracker in the interim. It may not give you the precision you get from an activity-tracking watch, but it’s better than nothing is at all.

To set up MobileTrack:

Open the Fitbit app
Go to the Account tab and choose Set up a Device
Tap MobileTrack.

In case you forget your Fitbit tracker at home, the Fitbit app defaults to MobileTrack and tracks basic stats for you.

It’s possible to keep track of your workout progress on your phone. You do this by turning the All-Day Sync feature on in the Fitbit App.

This way, a Fitbit can synchronize data to your phone throughout the day.

While no doubt a useful feature, some people may not see it as a necessary. And that’s okay, because you can easily turn it off.

After all, you can keep track of the progress on most of the brand’s trackers directly. And in case you want more detailed information, you just need to synchronize the device manually at any time.

Switching off the All-Day Sync feature will greatly improve the battery life of your Fitbit.

9. Use the Fitbit App to Find a Misplaced Tracker

Your wearable stays on your wrist almost 24/7, which makes the chances of misplacing it very slim. Still, it happens.

Your clip-on fitness tracker could very easily get lost in heaps of dirty clothes.

If by bad luck you happen to misplace it, you can easily locate it provides you are within its range.

Go to the Fitbit app and try synchronizing with the device. If it works, this means you are in the tracker’s acceptable range.

Otherwise, check your log to see the last time that the device was synched. Use this information to see where you were and have been since that time.

Some apps can help you narrow down the possible location of the misplaced Fitbit. Good examples include Bluetooth Finder for Android and Light Blue Explorer for iOS.

The Fitbit has far surpassed its initial role of helping users to stay healthy.

The technology keeps advancing with every new release. This has made it possible to incorporate new elements and one such fine example is the GPS mapping.

GPS mapping allows you to use your Fitbit fitness tracker to know where you’ve been and when.

And to say the least, such a smart addition to the Fitbit algorithm is no doubt a good thing.

Can I synchronize my Fitbit with more than one device?

You can synchronize your Fitbit with any computer that meets the synching requirements or with any compatible mobile device.

If your mobile phone already has an established connection with your fitness tracker, you will have to disable before synchronizing it with another device.

How do I improve my Fitbit’s Heart-Reading Accuracy?

The accuracy of your heart-reading metric depends on a number of factors like device location on the arm, type of movement, and personal physiology.

If you want a more accurate heart-rate reading, you should do the following:

Wear your Fitbit on the top end of your wrist, and ensure the device’s back touches your skin.
When not exercising, wear it a finger’s width above the wrist bone.

What is the Fitbit Warranty?

In case your device is defective within the period of warranty, you may be eligible for a replacement.

Check out this link for more details on the company return policy and warranty.

Turns out that you can use your Fitbit device to do so much more than simply count the flight of stairs, the calories you burn and the steps you take.

Setting up a Fitbit account gives you opportunities to do so much more.

For instance, you can challenge yourself against others to stay motivated, monitor your heart rate, see text and call notifications on your screen even if you don’t have your phone with you, and turn your phone into a tracker if you forget your wearable at home.

Fitbit isn’t just for counting your steps anymore. The above are some of the things you can do with your Fitbit.